2016 was definitely a crazy year for me! My 2016 year in review spans a wide gamut of activities, and emotions. I started 2016 in Las Vegas, Nevada, and ended it asleep on my couch, with my daughter on my chest.

It has come to be, that my life pretty much revolves around running. I love to run, and love to race, even more. 2016 started out with three races in January., what a way to start the year. BBSC Endurance took over the Calico Racing Lake Mead race, which was a blast of a half marathon, with some fierce competition between me, a friend, and many strangers. That was followed up with my first marathon after the 2015 TCS NYC Marathon, Calico Racing’s Valley of Fire Trail Marathon. If you want a serene, and amazing race, this is one to run. January closed out with the LVTC Poker Run 5k.

During the month of January I began being recruited for a potential transfer, with a pretty big relocation, through my employer’s parent company. It made things a little hectic, trying to figure out which way to go.

A race a week… 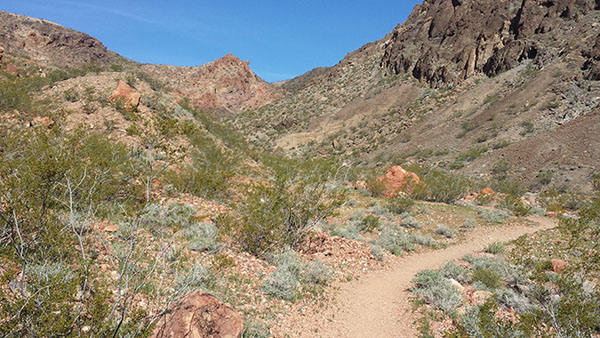 From there in February, I set a personal record on the flat Big Game 10k course downtown. The following weekend, we traveled to Arizona to take on the Lost Dutchman Marathon. Shortly after this race, my wife and I realized we were going to be parents by the end of the year. Third weekend of the month, third race of the month. I nearly broke my Cedar City Half Marathon record at Saints & Sinners Half Marathon, before getting my ass kicked at Desert Dash’s Blood Sweat & Beers Trail Marathon in Boulder City’s Bootleg Canyon, a week later.

By the time February ended, talks had intensified for my potential transfer. If we could come to terms, my time in Las Vegas would be nearing an end, which was bittersweet for me.

March brought me some extra motivation during my races. Starting the month with Calico Racing’s Labor of Love Half Marathon, I knew it was probably my last race with Joyce’s company, and potentially my last half in the Vegas area. Pushing it extra hard, I managed to earn a 3rd overall during that race. Not to be outdone, my next race was the Sand Hollow Marathon in Hurricane, Utah. Beat my NYC Marathon time, while also finally getting a sub-4 hour race at that event. We ended the month with Celebrate Education 8k, on a very windy day. That race gave me another strong finish, a 13th overall, and 1st in age group effort. This race also connected me with another runner, with whom we now have a friendly rivalry to carry into Ogden in 2017. 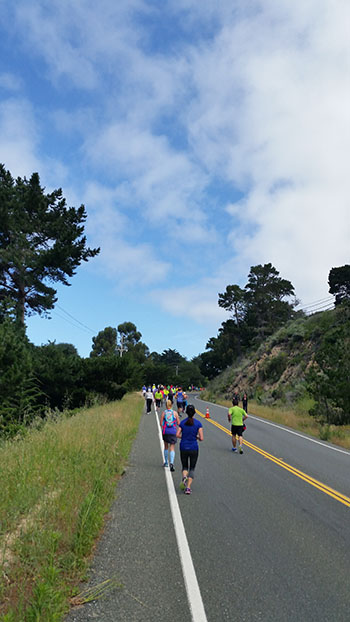 April didn’t have too much going on, aside from the oh so windy, but so very beautiful Big Sur Marathon. While I missed the sub-4 hour pace I was on by the time the race finished, it was quite the race. There was an opportunity to run another race the end of April, however, with the decision to move made, and our daughter on the way, skipping another race registration seemed like the prudent option.

May was when things got a bit more interesting. The month started out with a bang, with the inaugural Revel Mt. Charleston Marathon, smashing my Sand Hollow PR from just a couple months back. A week later, Prescott’s Whiskey Row Marathon showed me what an M shaped elevation profile can do to one’s time. Another week passed until I was toeing the line again, this time back at the Ogden Marathon.

Having raced four full marathons in five weeks, with wild swings in conditions between them did a number on me. I was nice and sick for the next month, including during our move to the Pacific Northwest.

Second Half… The Pacific Northwest:

In June, we loaded up all of our stuff, and hit the open road. With only a minor flat tire issue, and Eco mode setting delaying us, we made our relocation journey.

Arriving in summer attire, we were not anticipating 47 degrees to be the June temperature up here! Good thing we packed away all of our Las Vegas winter clothes, or not… I was itching to race, and contemplated signing up for a 24 hour race in Spokane, to meet new people, while also running as much as possible in 24 hours. Opting out of that, I kept looking for other nearby races, that would not require me to leave the dogs behind for an overnight trip.

Getting settled in was a little rough, with a couple moves, a runaway dog that was found after a week, all while getting over a cold, and trying to build a multi-store business development department. I took a little over a week off from running, before getting a few runs a week in.

Starting June 30th, my run streak began. For the next 73 days, I would not miss a run. Otherwise, June was all about getting a new routine, and building toward our future. 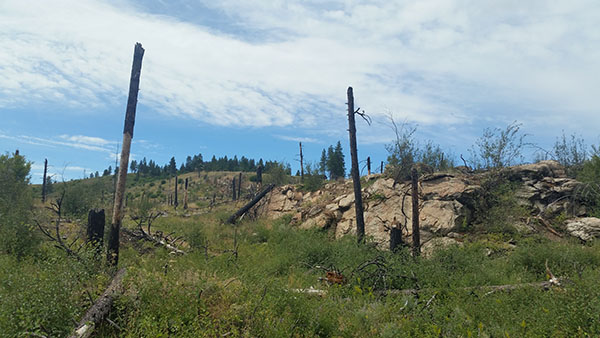 July was a month of working, and running. I discovered the Saltese Uplands, and Dishman Hills Trails that month. I also began running with Moses, the Kenyan from up the road. Nothing builds running speed like a Kenyan. Felt great to be able to push him, and out run him, distance-wise at least. While I was at it, a couple runs on the Centennial Trail, along the Spokane River were quite fun.

My NYC Marathon training was going great. My legs were loving the mileage, the dogs were loving a yard to run in, and by the time August came around, my wife was able to complete the relocation of our family. Life was shaping up well. We even had a mini trip to give me a chance to run the Crater Lake Marathon.

September came around, and we were preparing to head out of town for a wedding when things took a turn. Our daughter arrived seven weeks early, on Labor Day weekend. I made it home, and started my run by 11:58pm, continuing my streak. That was a very surreal run.

The streak continued for nearly a week after her birth, until time became too precious, and a choice had to be made. I could either go home from work, run, shower, eat, then go visit her, usually by 9pm, and stay until almost midnight. Or, head straight to the NICU after work, and stay until 8 or 9pm, then eat, and pass out. With morning coming so soon, I didn’t have the drive to wake up early to run, then go to work totally drained, physically and mentally.

The Final Stretch of my 2016 Year In Review

October finally arrived, and we celebrated our 9th anniversary with our daughter, and the NICU nurses. I only managed three runs the entire month of October, quite the change from August’s 200 mile total. Things were a blur from the start of September, through October.

Now that we made it to November, I was off to run the TCS NYC Marathon once again, this time without my family. It did not take more than 13.1 miles to realize that “mega taper” was not a beneficial training method for marathon prep. I only managed one more run the month of November, as we moved finally, into our new home.

With our move to our Idaho home, we had to do a lot of renovations, necessitating our staying in the laundry room & living room for quite a while before finally making our sleeping room, in the actual bedroom. Thanksgiving in the living room, with a cardboard box as a table, and our family of three was near perfect. 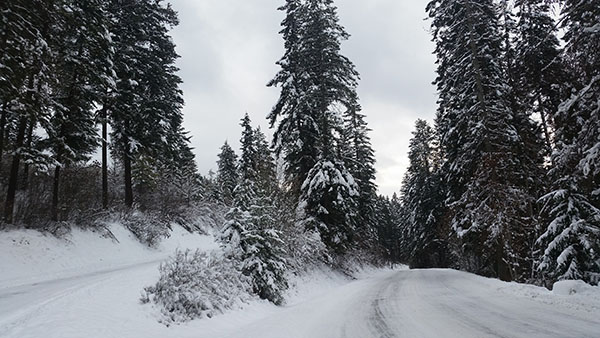 I missed out on a December race, but did manage to get a few weekend runs in around the new home. There are some amazing views, and routes to be taken in. This is such beautiful country, I felt home immediately. We had my wife’s mother visit for a week around Christmas, giving her the chance to see her granddaughter for the first time.

Add to that, a blanket of snow, some snow tires, and Subaru’s All-Wheel Drive system… I am a happy camper.

2016 was quite a year for our family. While writing my 2016 year in review post, it really started to sink in how exciting the year had been. Definitely one for the books.

Using the Best Nine site, it appears that all of my top photos are running related. Four of the nine photos are TCS NYC Marathon related. One each were from Ogden Marathon, Crater Lake Marathon, and Big Sur Marathon. With the final two being Pacific Northwest Running themed. 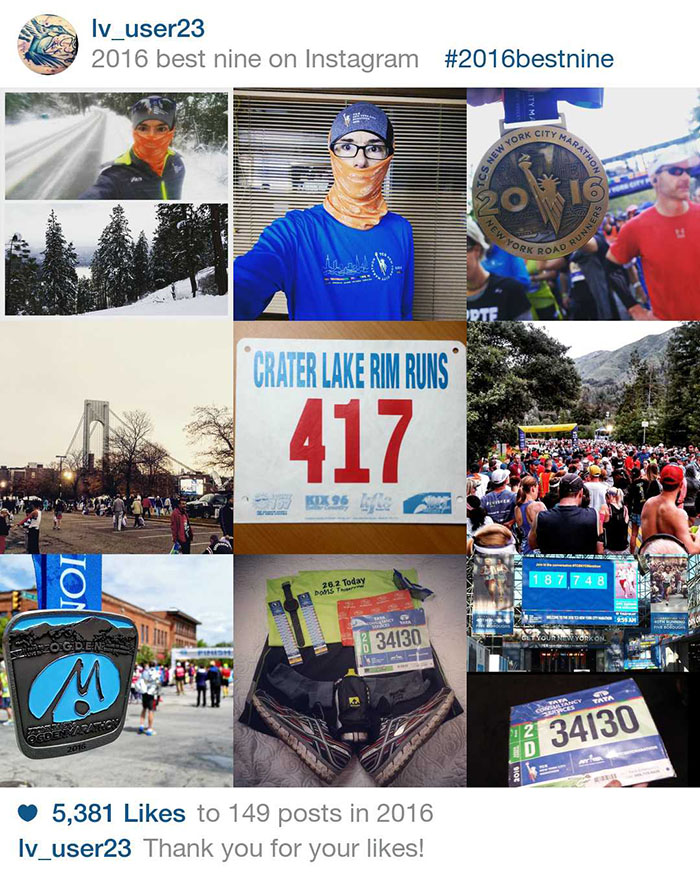