If you are in the Spokane area, not too far from Spokane Valley is a great urban trail system, the Dishman Hills Conservancy Area trail system. I have a tendency to get distracted when running on trails, which can lead to a case of… where am I? Not quite being lost, as I take a wanderlust approach to running, and can not be considered lost, if I have no destination, for I know right where I am. Getting back to my origination point may be a challenge, but that’s another story. 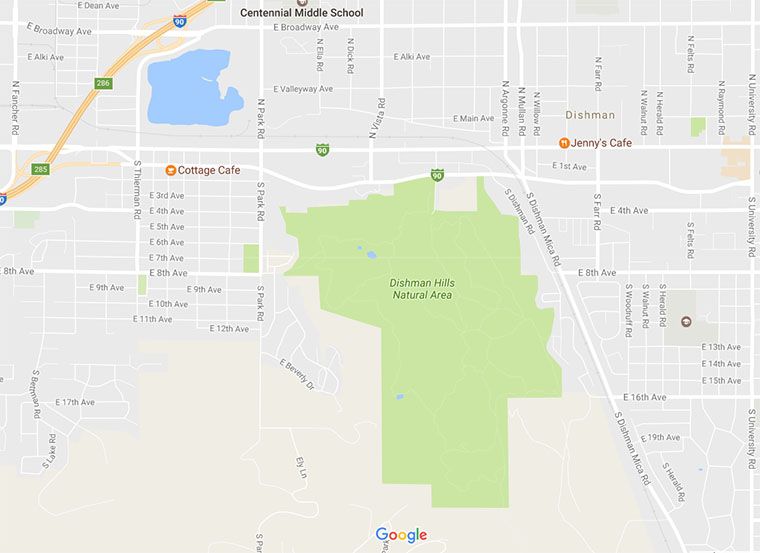 Having had a few chances to run this trail system, I still have not managed to run a “clean” route around the outside of the system. My one main complaint of this trail system would be the poor trail markings. Some intersections have more options than the signs state, which have lead me to running along game trails, and out of the area, onto private property. Whoops.

Is it just me, or does there seem to be a bit of a fox’s head at the top left of the trail system?

For ease of routine, and getting back to my car, I always enter the trail system on the west side, through the 8th Ave entrance. There is a nice climb to start off your introduction to Dishman Hills’ trail system. Due to the configuration of the trail, it can be a bit rocky, and covered in loose debris from run off. 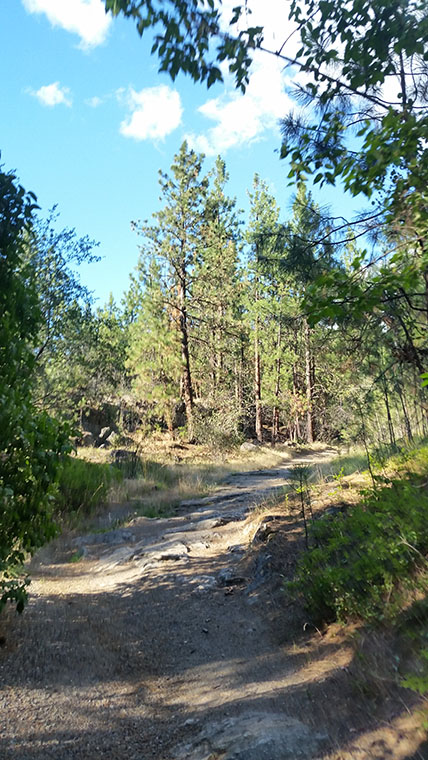 It seems like you will climb forever, as the trail winds around, hiding behind trees. After a short bit of running, there was a sign displaying the Dishman Hills Natural Resources Conservation Area trail map. 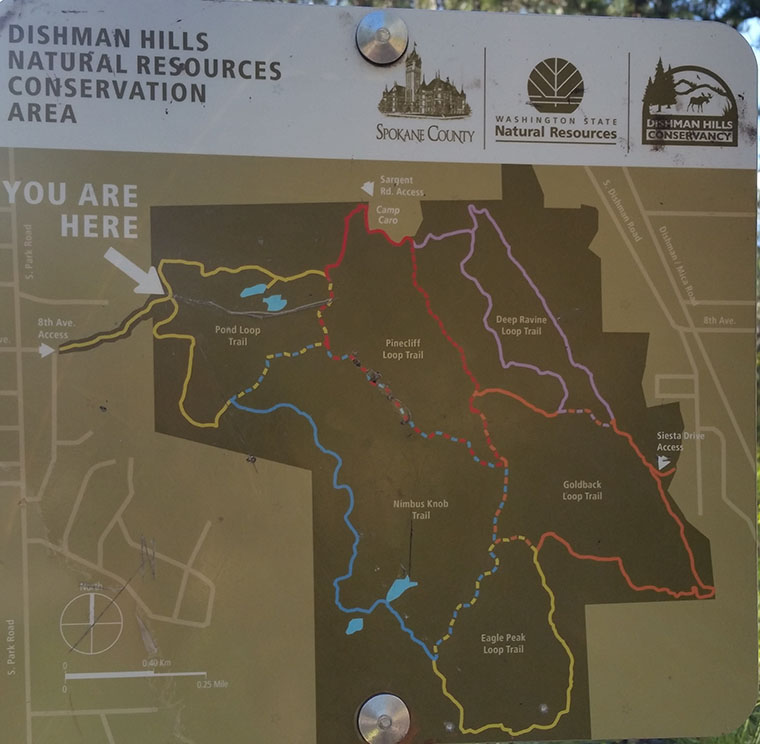 Going with the same orientation as when I ran the Saltese Uplands, I started off to the left, and followed the Pond Loop Trail. My first time here, I made a detour to view the trail’s namesake ponds. It was, perhaps, off-season for the pond? They appeared to be more marshy, than pond-like. 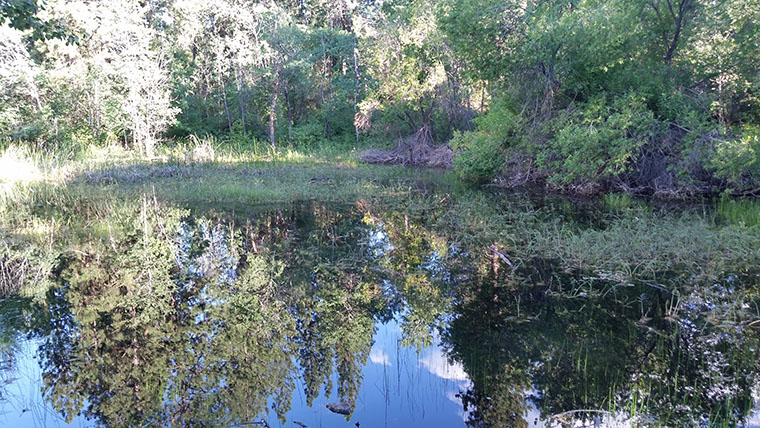 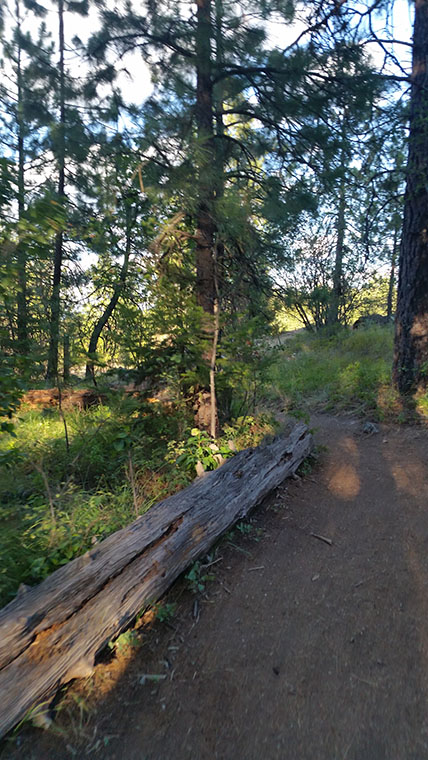 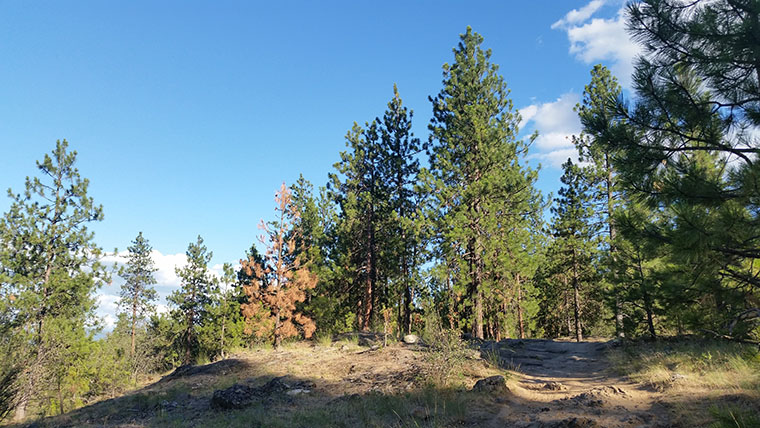 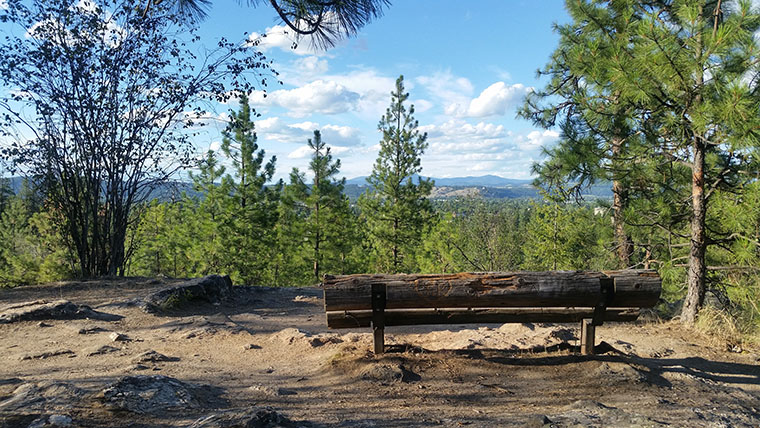 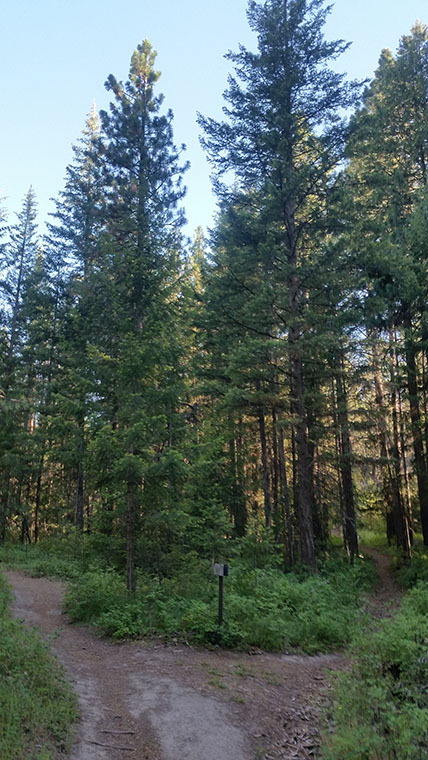 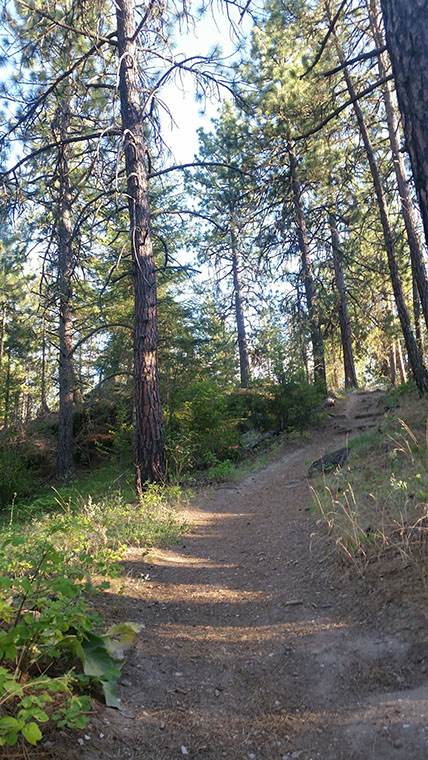 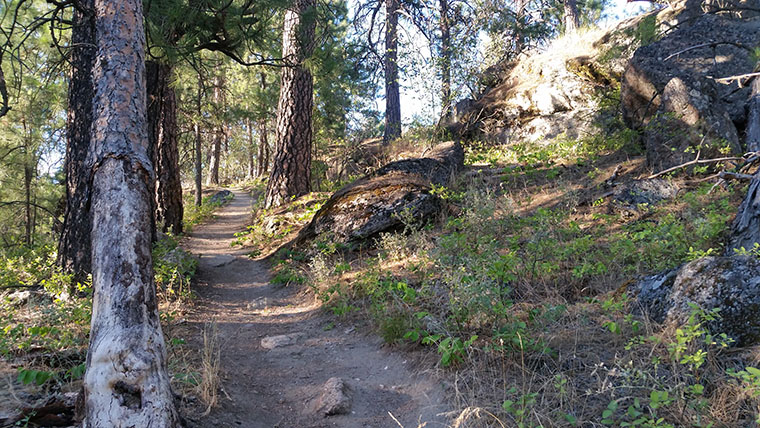 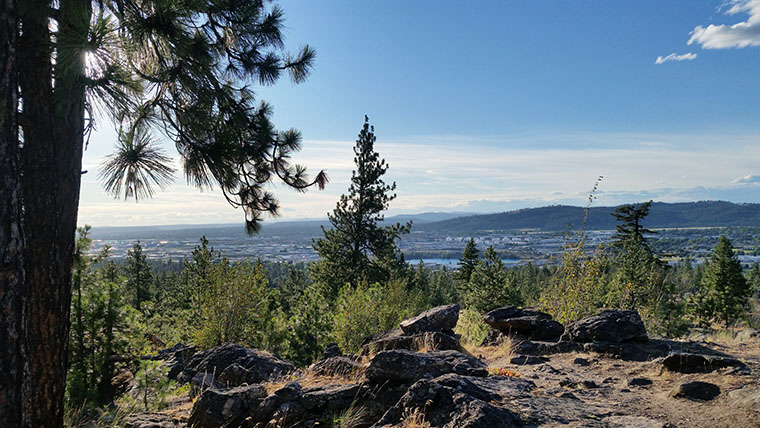 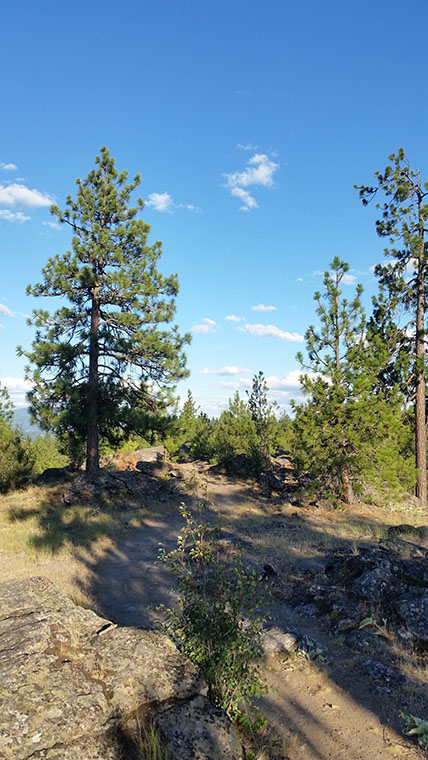 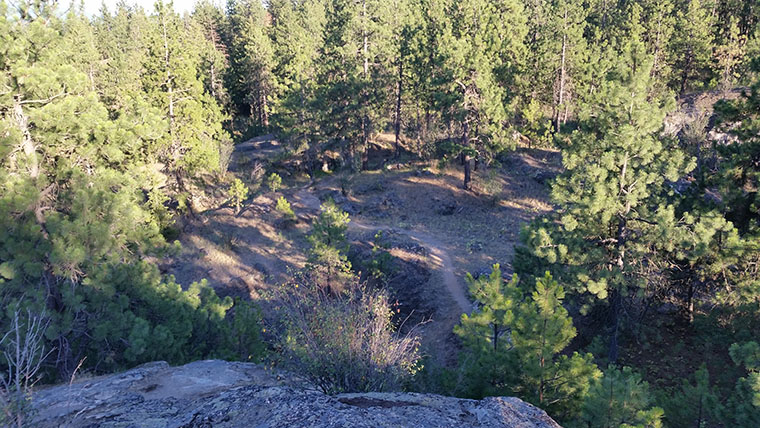